Many headlines are talking about Russian troops heading to Syria:

According to DEBKAfile: Big powers move in on Syria: Russian troops for Tartus. US forces ready to go

According to CNN: US believes Russia has ship with weapons, troops en route to Syria

Are we hearing  the drums of war in Syria? Did they give up on the UN mission to Syria? Or, they never believed in it at the first place.
Posted by LebanesePatriot at 9:45 PM No comments:

The first source says 42 IRGC members and 27 HZ fighters were killed in Syria during July. Syrian cargo plane transported the dead Iranians to Tehran and several vans transported dead HZ men to Lebanon. He says there are in Syria about 3,000 IRGC men and 2,000 HZ fighters, in addition to 300 Amal Movement men and 200 SNSP militiamen. The IRGC men are leading the pro-regime armed gangs. Syrian soldiers who refuse to open fire on protesters are killed by the Iranians and pro-Syrian Lebanese allies. The Iranians and Lebanese usually stand behind Syrian troops and kill Syrian soldiers immediately if they refuse to open fire. The 17 Syrian troops dumped in the Orontes River in Hama were killed by HZ men. HZ fighters are unmistakable because they are bearded and the authorities in Damascus say they are salafis. The second source has unconditionally verified the claims of the first source

Another source claims that 5 Hezbollah members died in Syria lately.

How can Mr. Nasrallah (A.K.A "Mr. Divine Victory") justify that?
Posted by LebanesePatriot at 8:55 PM No comments:

Amazing show for the Syrian Revolution

Posted by LebanesePatriot at 9:44 PM No comments:

The Difference Between The Syrian Army And The Japanese Army

BTW, for those of you who did not figure that out, the Syrian army picture is the one on the right...

The picture of the Japanese army was taken during the Tsunami when the army soldiers created a human bridge for the civilians to cross over.
Posted by LebanesePatriot at 6:37 PM No comments:

Media has leaked that the indictment identified the suspects as Mustafa Badreddine, Salim al-Ayyash, Hasan Aineysseh and Asad Sabra.
The moment of truth is coming soon. Justice will be served.
Posted by LebanesePatriot at 7:30 PM No comments: 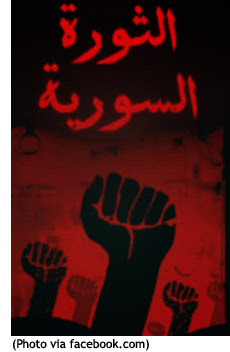 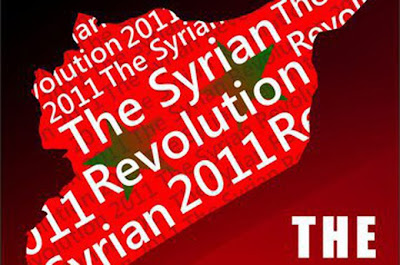 Posted by LebanesePatriot at 7:12 PM No comments:

This is the question that we were trying to answer since 2005. We thought at that time that whenever Shiba'a Farms were “liberated”, then it would end Hezbollah's military presence. But we were wrong!

After 2005, the true color of Hezbollah was getting clearer and clearer.

Hezbollah was created by Iran. And for Iran the model is very simple:

Based on that, nothing can happen in Iran without the approval of the supreme leader.

As for Lebanon, Hezbollah is trying to establish a similar model:


So, based on those rules, Rafic Al Hariri should not exist. And as far as the STL, it cannot question Hezbollah! We agreed before, that Hezbollah is being ruled by a supreme leader who is unquestionable and untouchable. So therefore, the concept of an “entity” trying to ask/accuse Hezbollah is wrong even if they did assassinate Hariri and the others.

Now, the situation in Lebanon is moving forward towards the model of Iran. And the STL will be dealt with accordingly. And after that small obstacle, the STL, everything will go back to the rosy model of Iran. And hopefully with time, Farsi will be the official language in Lebanon, Iraq, Syria, Palestine, Yemen, and maybe Egypt.

I really hope that the STL will chock Hezbollah to death!!!
Posted by LebanesePatriot at 8:34 AM No comments:

LebanesePatriot
I believe in the Cedar revolution. I am a strong supporter of March 14 movement. I do not support the state of Hezbollah in Lebanon. No free country will allow that to happen. March 8 leaders are tools for Syria and Iran.